Mega power star Ram Charan’s stardom rose sky high when his film Rangasthalam became a blockbuster venture. Naturally, there were a lot of expectations on his next flick Vinaya Vidheya Rama.
However, director Boyapati Srinu’s film tanked big time at the box office and waned negative reviews from its first show. Now, in a statement, Charan has acknowledged that the film didn’t meet the audience’s expectations.
He thanked the technicians and producer DVV Danayya for putting their best foot forward for Vinaya Vidheya Rama. He further added that the immense love from his fans has given him the responsibility to do better films in future.
It is gutsy move for an actor to accept a film’s failure and not many actors these days are willing to do that. However, we can assume that Ram Charan might have deliberately left out director Boyapati Srinu’s name in the apology.
However, it is unsure whether Charan deliberately left Boyapati’s name or safeguarded him from his fans who are mad at him.
On the flip side Ram Charan letter to his fans on Vinaya Vidheya Rama failure is raising several eye balls and this has now become talking point in industry circles and fans. Undoubtedly this is welcome move from Charan and he has set a good example to young generation actors, directors for being more responsible towards their work, and also taking the share in failure too. But the main question is why only now Charan has decided to come up with an apology like this, in past he has given few flops but something of this sort never came up. Whatever might be the reason this is a good move from Young star and this will definitely help him to understand the ground reality and will get him closer to fans. 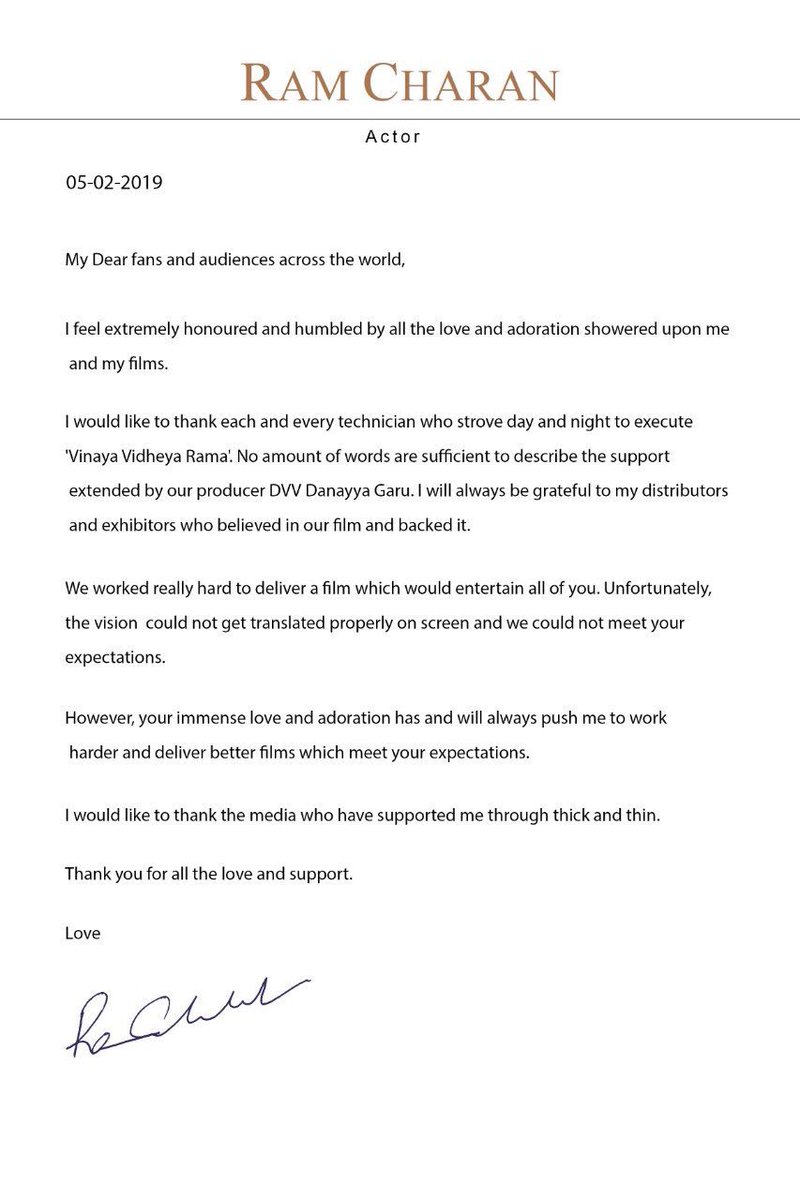