As the country's 72nd Republic Day approaches, we brought for you some of the patriotic web series and movies streaming which will reminisce the pride in your nation. From Netflix, Amazon Prime, Zee5 to Disney+ Hotstar, here's the list of your binge-worthy shows and movies on this Republic Day.
Written By Saumya Bansal | Updated: January 20, 2021 19:39 IST
Follow @XappieTollywood

Avrodh: The Siege Within: 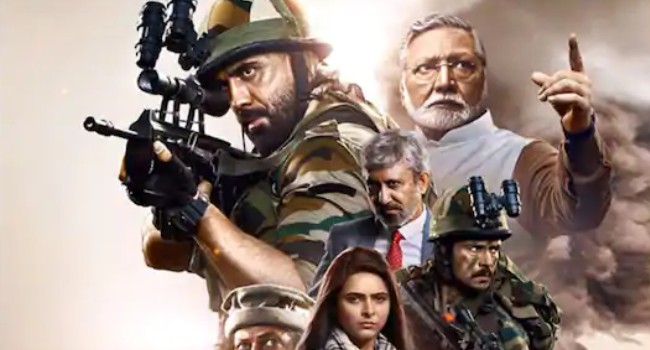 This SonyLiv web series starring Amit Sadh, Madhurima Tuli, Darshan Kumaar, Neeraj Kabi, etc are based upon real events. The Uri attacks and the surgical strikes following that decide the theme of the show. The synopsis reads, "Avrodh: The Siege Within is a fictionalized retelling of the 2016 Uri attack and the following surgical strikes. It is based on a chapter from the book India’s Most Fearless by Shiv Aroor and Rahul Singh." The show has been directed by Raj Acharya and produced by Applause Entertainment and Irada Entertainment. The show has nine parts consisting of around 25-30 minutes each. Bose: Dead/Alive:

Bose: Dead or Alive is an AltBalaji show starring Rajkummar Rao, Naveen Kasturia, Patralekha, etc in pivotal roles. It is based upon the alleged death of Netaji Subhash Chandra Bose. The show has one season with nine parts, each consisting of around 30 minutes. The show has been directed by Pulkit. The synopsis of the show reads, "The man. The legend. The mystery. He fascinated us in life, and long after his "death". This is the story of India's biggest cover-up: Netaji Subhash Chandra Bose and the mystery of his alleged death." Modi: Journey of a Common Man: 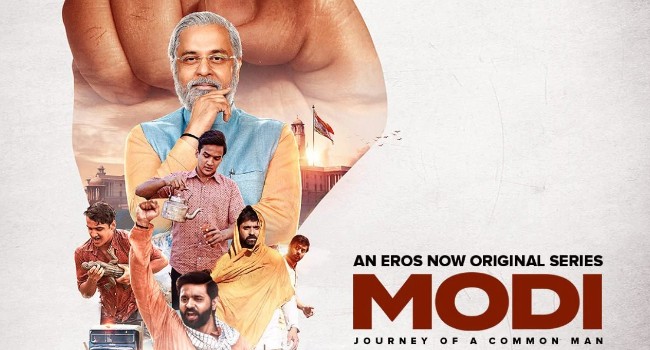 Modi: The Journey of a Common Man is an Eros Now original show which is based upon honorable Prime Minister Narendra Modi. The show stars Mahesh Thakur, Ashish Sharma, Faisal Khan, Prachi Shah, etc in the lead roles. The synopsis reads, "An inspiring journey of Narendra Modi, from his childhood to his entry into politics." You can also watch the show in Telugu which is streaming on Amazon Prime Video. The show has nine episodes and you can stream the show on Eros Now and Airtel streaming app. Gunjan Saxena: The Cargil Girl: 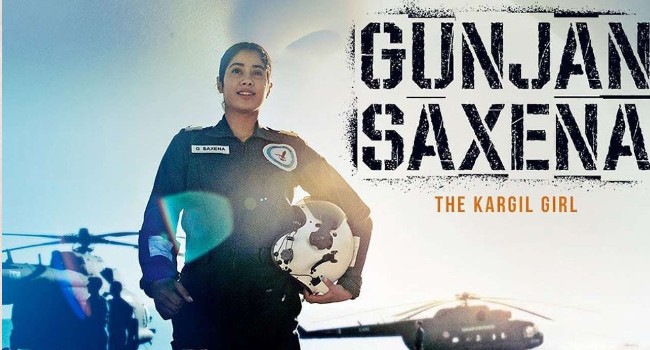 Gunjan Saxena is a recent Bollywood movie starring Janhvi Kapoor, Pankaj Tripathi, and Angad Bedi in the lead roles. The film was supposed to be released in theaters but due to the pandemic, it had to land on Netflix. The synopsis of the movie reads, "An ambitious Gunjan Saxena eyes becoming a pilot after being drawn by the idea of a life in a cockpit. Despite facing reservations, she fulfills her dream and serves the country in the Kargil War." The film has been directed by Sharan Sharma and produced by Karan Johar. The Test Case: 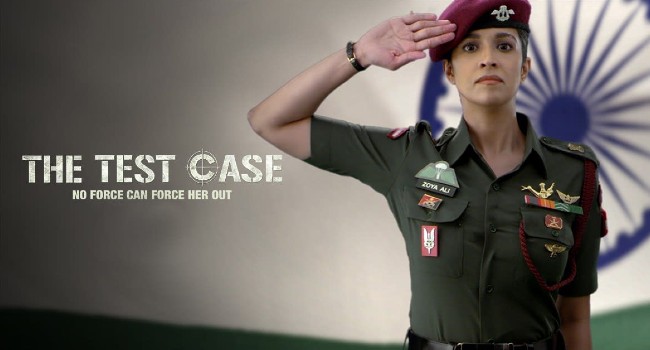 The Test Case is streaming on Zee5 and AltBalaji and is a show about a female wanting to become India's first-ever combat officer. The show stars Nimrat Kaur, Akshay Oberoi, Atul Kulkarni, etc in the lead roles. The show has one season with ten episodes each of around 30 minutes. The synopsis reads, "Preparing to be the Indian Army's first female test case in a combat role, Captain Shikha Sharma will do anything to fit into the male-dominated academy. Will she finally be the Indian Army's first-ever Female Combat Officer?" The show has been directed by Vinay Waikul and Nagesh Kukunoor and produced by Endemol Shine India. The Forgotten Army - Azadi Ke Liye: 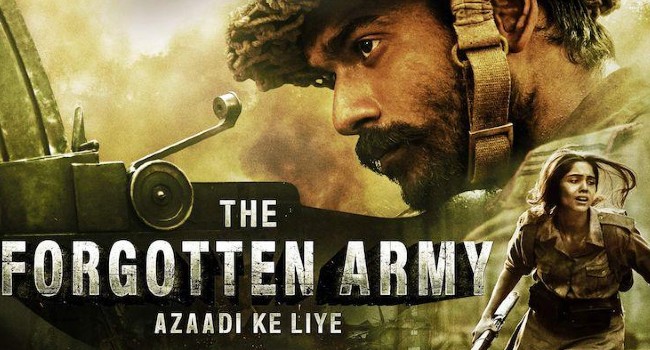 Starring Sharwani Wagh, Sunny Kaushal, TJ Bhanu, and Karanvir Malhotra, The Forgotten Army is an Amazon Prime show based on the second World War. The synopsis of the show reads, "Lieutenant Sodhi and his army fight for Indian Independence during World War II as part of the Indian National Army; the journey and sacrifice of the Indian National Army from its soldiers' point of view." The show has been directed by Kabir Khan and narrated by none other than Shah Rukh Khan. The show has five episodes, each of approximately 45 minutes. Special Ops: 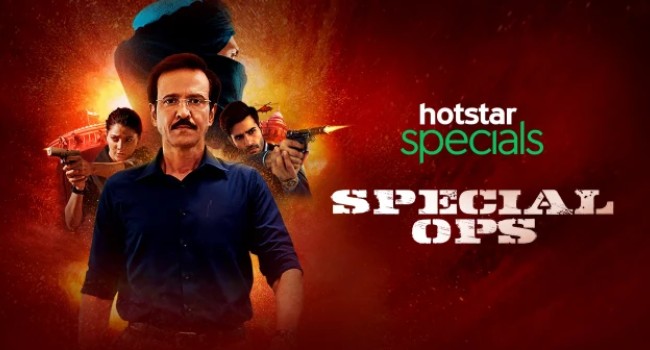 This Disney+ Hotstar show starring KK Menon, Sana Khan, Karan Tacker, Parmeet Singh, etc is based upon the special investigating cell of the country. The show has one season but is getting renewed for another one soon. The synopsis of Special Ops reads, "The story through the eyes of Himmat Singh is based on the inspiration taken from Nineteen Years of nationally significant events, several espionage missions undertaken by India in the last two decades." It has been directed by Neeraj Pandey who made films like Neerja. Code M: 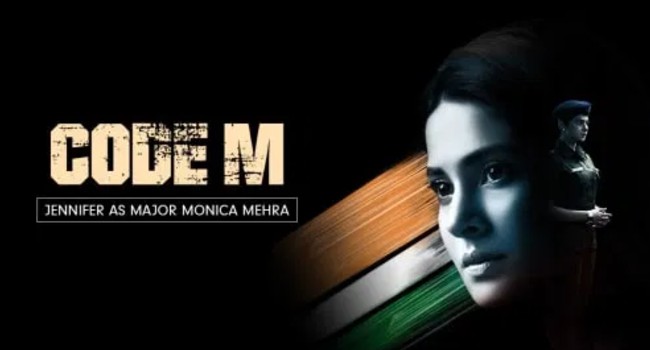 Code M is a very underrated Zee5 original show starring Jennifer Winget in the lead role. It consists of eight episodes with just one season. Each episode is of approximately 30 minutes. The synopsis of the show reads, "Military lawyer, Major Monica Mehra, is roped in to solve, what seems like an open and shut case, of the death of an army officer, killed by militants in an encounter. The truth is far from what it appears to be. Will she crack the code?" Code M has been directed by Akshay Choubey and produced by Samar Khan. State of Siege 26/11: 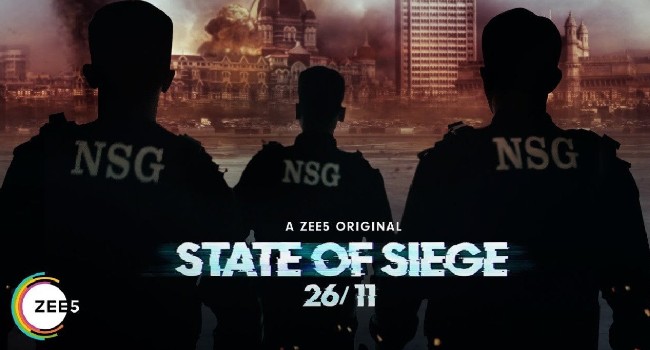 Starring Arjun Bijlani, Arjan Bajwa, Vivek Dahiya, and others in the leading role, State of Siege is a Zee5 original show based on the attacks on Mumbai. The show has one season with eight episodes, each of around 30 minutes. The synopsis of the show reads, "State of Siege: 26/11