Tamannaah shares an update from her upcoming film Gurthunda Seethakalam!

The Telugu remake of the hit Kannada film Love Mocktail has recently gained momentum. Director Nagashekar is directing the remake. He had shared a photo of himself with Tamannah to share the news of the commencement of the film shoot a few weeks ago. Tamannaah recently took to her social media to give her fans a quick update. Tamannaah shared a photo of her chatting away with actor Satyadev and director Nagashekar on her Instagram Story. Tamannaah added a graphic that reads "work in progress." It looks like the cast and crew of Gurthunda Seethakalam are busy at work!

Love Mocktail was one of Sandalwood's biggest hits of 2020. The film starred Darling Krishna and Milana Nagaraj in leading roles. Tamannaah will reprise Milana's character Nidhimaa and Satyadev will take on the role of Aadi (Darling Krishna). The team of Gurthunda Seethakalam is yet to announce the rest of the cast. In other news, the sequel to the hit Kannada film, Love Mocktail 2 is already in the works. Actor-director Darling Krishna has already completed major portions of the film. He is planning to release the film sometime this summer. On the work front, Tamannaah was last seen in the 2019 film Action. Tamannaah will next appear in the Bollywood film Bole Chudiyan. The film also stars actor Nawazuddin Siddiqui. Shamas Nawab Siddiqui is directing the film. She will also appear in the sports drama Seetimaar. The film stars actors Gopichand, Digangana Suryavanshi, and Bhumika Chawla. Tamannah will also appear in the Telugu remake of the Bollywood hit film Queen titled This is Mahalakshmi. 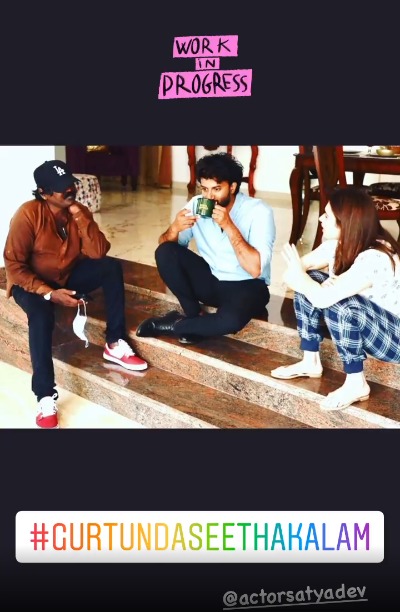