The government of Andhra Pradesh passed a new G.O which restricts the ticket pricing at movie theaters in the state and it is drawing a rather negative response.
Written By Sathvik SV | Updated: April 12, 2021 17:49 IST
Follow @XappieTollywood

As per the G.O, the ticket prices in these two AC theatres are capped at Rs 10, 15, and 20 respectively. They are located in Gram Panchayat area and hence the abnormally low ticket prices proposed by the state government. 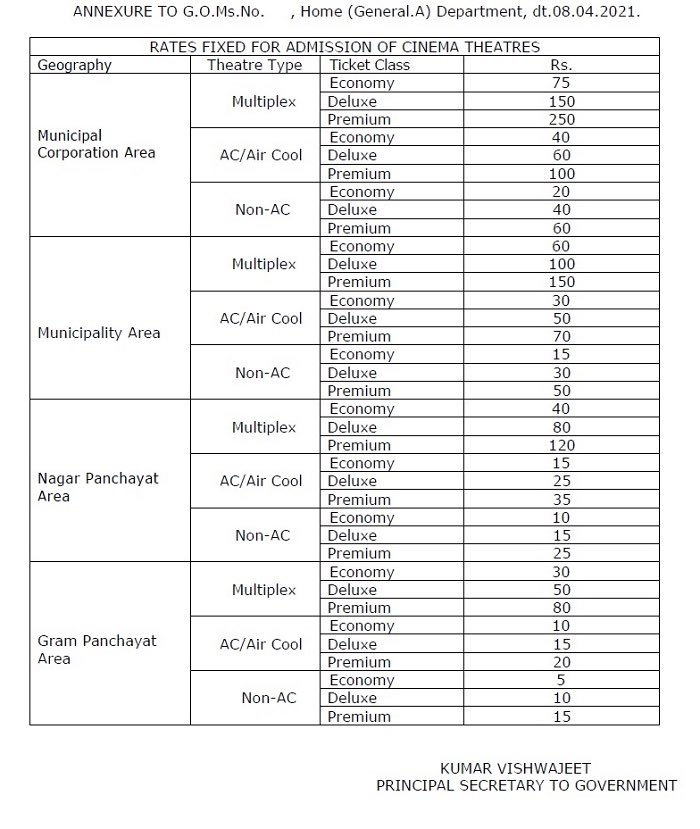 Theater managements opine that it is next to impossible to operate with such low ticket prices as even consistent house fulls all through the day wouldn’t match the financial derivatives that are involved with the theatrical business. The closure of the two movie theaters in Gajapathinagaram proves the same. Many such cinema halls will be left with no other option but to shut operations if the ticket pricing system doesn’t change in the near future. This could come as a huge blow to the theatrical business in Andhra Pradesh which already took a beating due to the Covid-related lockdown. It is known that the government passed the ticket pricing G.O following the release of Pawan Kalyan’s Vakeel Saab.