As we have a long extended weekend this month, courtesy of the national holiday, there's ample of time for us to catch up on the latest releases on the OTT. From Netflix to Amazon Prime, to Zee5, some interesting shows and movies have dropped online and we have brought the complete list for you. 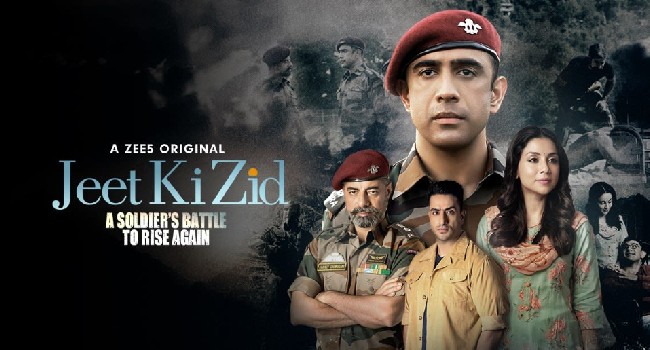 Jeet Ki Zid is the latest show that dropped on the Zee5 streaming app. It is one of the most anticipated shows, starring Amit Sadh, Vishal Mangalorkar, Amrita Puri, Sushant Singh, etc. The synopsis of the show reads, "It’s an inspiring tale of former Indian Army Major Deependra Singh Sengar (Amit Sadh), who with his never-give-up attitude overcomes tough challenges and turns the impossible into possible." Jeet Ki Zid has seven episodes till now and it may get renewed for more. The Last Color: 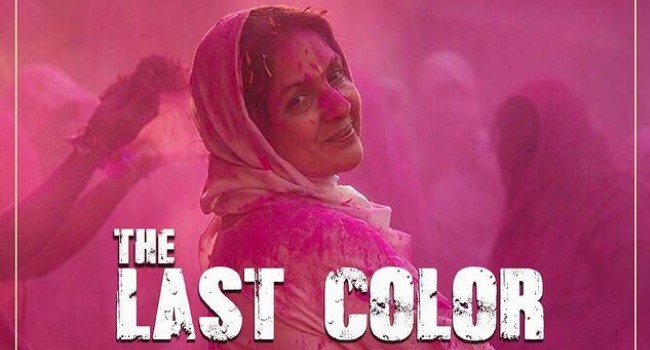 The Last Colour is the directorial debut of none other than chef Vikas Khanna. The film was released in various film festivals where it got much recognition for the serene script. The movie stars Neena Gupta in the lead role along with Aqsa Siddiqui, Rajeswar Khanna, Rekha Saxena, etc. The synopsis of The Last Color reads, "A young tight-rope walker and a widow named Noor yearn to play with colors during Holi, but Noor and the other widows are held back by tradition." You can watch this beautiful tale on the Amazon Prime Video streaming app. Bling Empire: 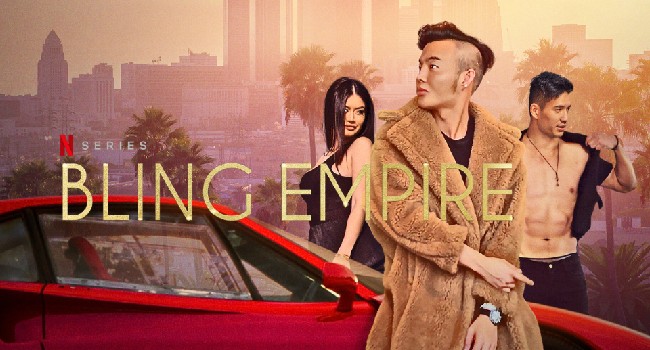 The Bling Empire It's a reality show on Netflix based on the lifestyle of the wealthy guys and girls of Asia and America. The synopsis reads, "The series focuses on the lives of wealthy Asian and Asian-American socialites based in the Los Angeles area, described as real-life Crazy Rich Asians." The show has eight episodes of around forty minutes each. One Night in Miami: 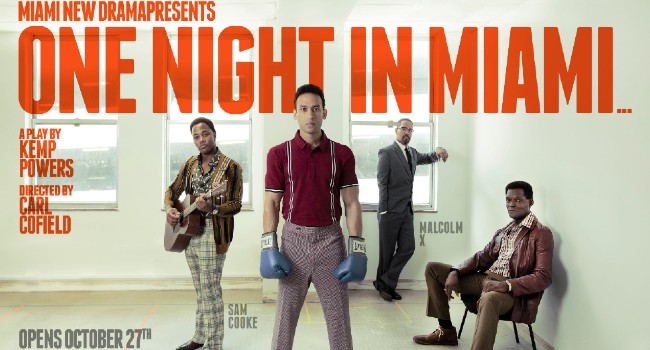 One Night In Miami is an American drama film that is streaming on Amazon Prime Video. The synopsis of the film reads, "On the night of Feb. 25, 1964, in Miami, Cassius Clay joins Jim Brown, Sam Cooke, and Malcolm X, and they discuss the responsibility of being successful black men during the civil rights movement." The film stars actors such as Jim Brown, Leslie Odom Jr, Kingsley Benadir, Eli Goree, etc. It has been directed by Regina King. Is Love Enough? Sir: 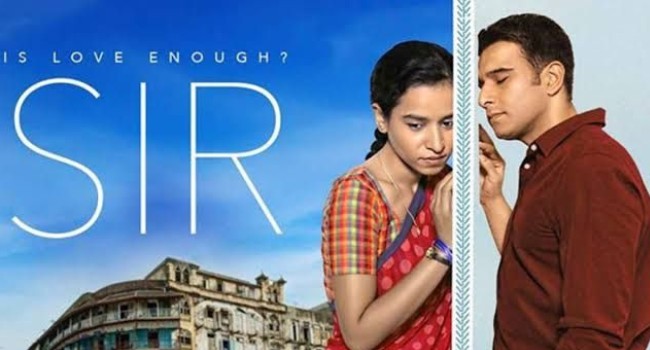 This film dropped on Netflix recently and it's already trending in the top ten list in India. The film stars, Geetanjali Kulkarni, Tillotama Shome, Vivek Homber, Anupriya Goenka, etc. The synopsis of the film reads, "An optimistic and determined young woman from a remote village starts her new job as a live-in maid for the cynical son of a wealthy family. They eventually fall in love, but find their relationship forbidden." It has been directed by Rohena Gera and produced by Rohena and Brice Poisson. The White Tiger: 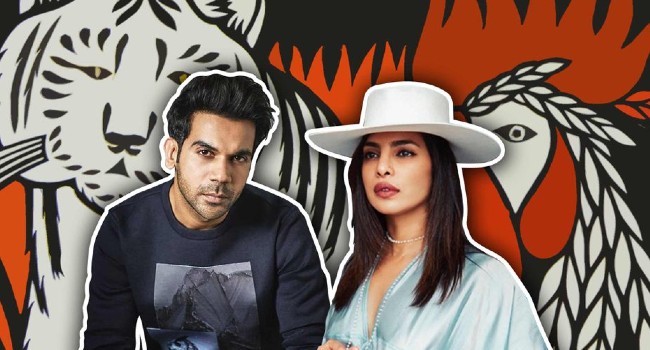 Based on the Booker Prize-winning novel of the same name, The White Tiger is the latest Netflix film starring Adarsh Gourav, Priyanka Chopra Jonas, Rajkummar Rao, and Mahesh Manjrekar. The film has been directed by Ramin Bahrani and its synopsis reads, "The epic journey of a poor Indian driver who must use his wit and cunning to break free from servitude to his rich masters and rise to the top of the heap." Tribhanga: Tedhi Medhi Crazy: 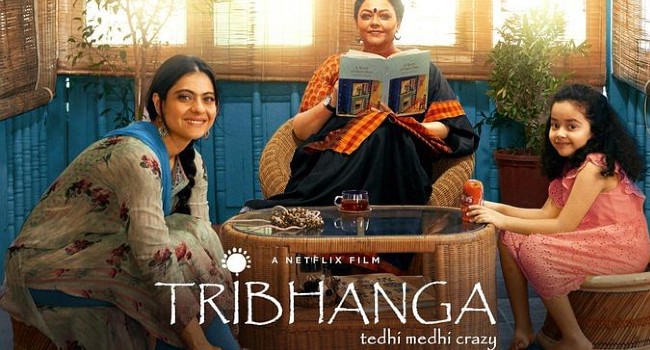 This film is the directorial debut of Renuka Shahane and the acting digital debut of Kajol. It dropped on Netflix last week and has been trending in the top five trending content in India. The synopsis of the film reads, "When her estranged mother falls into a coma, a self-made single mother grapples with regret and resentment while reflecting on their strained relationship." Apart from Kajol, Tribhanga: Tedhi Medhi Crazy also stars Tanvi Azmi, Mithila Parker, and Kunal Roy Kapur. Aapke Kamre Mein Koi Rehta Hai: 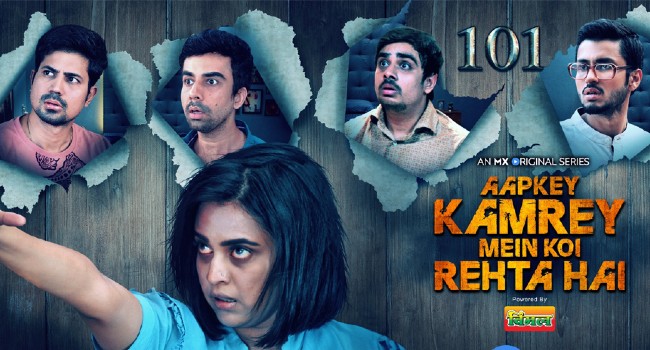 Aapke Kamre Mein Rehta Hai is the latest horror-drama film that dropped on MX Player recently. The synopsis of the show reads, "Four bachelor friends - Nikhil (Sumeet Vyas), Subbu (Naveen Kasturia), Kavi (Amol Parashar) and Sanki (Ashish Verma) are ecstatic when they find a 4 B.H.K at a measly rent in a city like Mumbai. But, little did they know that they would be sharing their amazing new flat with a newly acquired roommate who happens to be a ghost. Life gets further complicated when the beautiful Mausam (Swara Bhasker) comes for their housewarming party, after-which begins the comedy of horrors." The cast of Aapke Kamre Mein Koi Rehta Hai includes, Sumeet Vyas, Swara Bhasker, Naveen Kasturia, and Amol Parashar. Jamun: 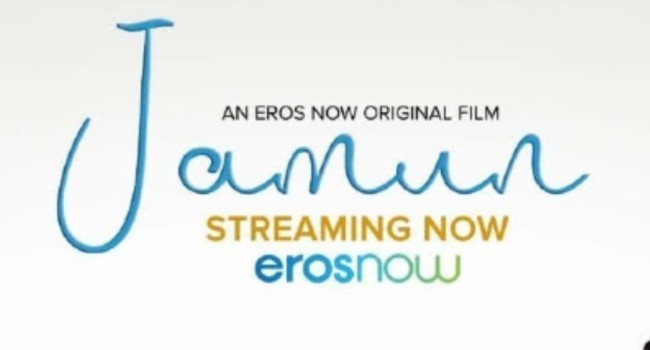 It is the latest film that has released on Eros Now and starring actors such as Raghuvir Yadav, Shweta Basu, Sunny Hinduja, Sourav Goyal, etc. The synopsis reads, "Jamun is a Hindi movie about a father trying to find a groom for his daughter who is squinted. In this process, he is diagnosed with Parkinson's disease. Watch Jamun to find out if he gets his daughter married." The film has been directed by Gaurav Mehra. Fate: The Winx Saga: 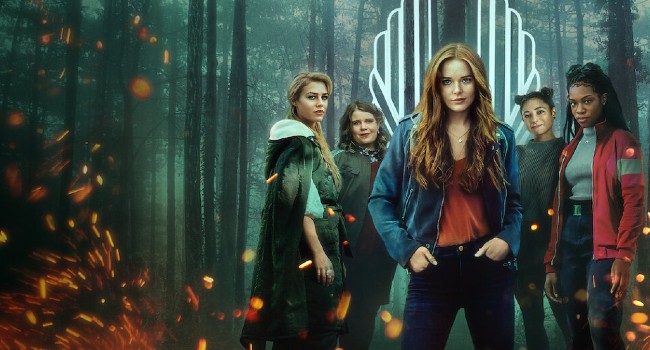 If you like supernatural shows and The Vampire Diaries is one of your favorites, then you're going to like this latest release on Netflix. Starring Abigail Cowen, Elisha Applebaum, Hannah Van, Eliot Salt, etc. The synopsis of the show reads, "Fairies attend a magical boarding school in the Otherworld, where they must learn to master their magical powers while navigating love, rivalries, and the monsters that threaten their very existence." It has six episodes of around fifty minutes each.