A summary of 10 most anticipated movies of Tollywood to comprehend, what the new year yields for a movie enthusiast.
Written By Yagna Namburi | Updated: January 07, 2021 10:31 IST
Follow @XappieTollywood

Films have been our all-time and all-mood entertainment throughout our lives, and it is unexpressible how disappointed everyone is when the pandemic gave a big break to movies and theatres. Yet here comes the New year bearing major projects promising an exciting film journey. Below is the list that sums up the ten most awaited films of 2021 to prep you. 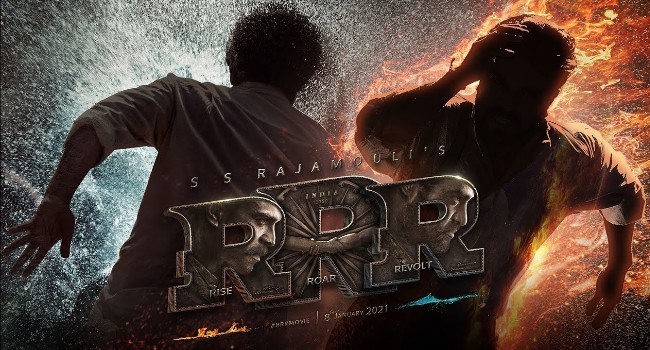 RRR (Roudram Ranam Rudhiram) is an upcoming period action drama film written and directed by a promising director S. S. Rajamouli. The film stars Jr. NTR, Ram Charan, Alia Bhatt, and Olivia Morris. It is a fictional story about India's freedom fighters, Alluri Sitarama Raju and Komaram Bheem, who fought against the British Raj and Nizam of Hyderabad. DVV Entertainments are bankrolling the film with a budget of 350 crores. MM Keeravani roped in for the music. The movie will simultaneously release in the dubbed versions of Hindi, Kannada, Malayalam, and Tamil languages on Jan 2021. 2. Vakeel Saab 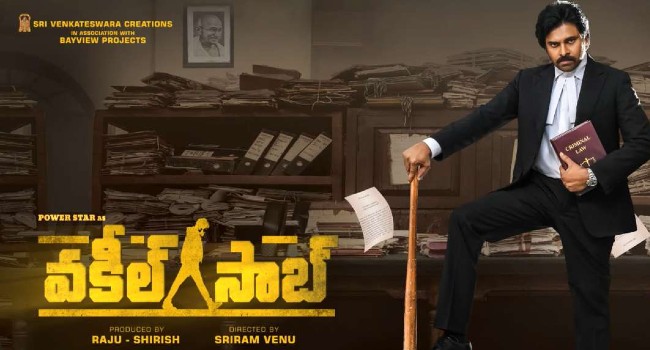 Acharya is an action drama film written and directed by Koratala Siva. The film stars Chiranjeevi and Kajal Aggarwal in the lead roles, while Ram Charan appears in a supporting role. Ram Charan and Niranjan Reddy, under the Konidela Production Company and Matinee Entertainments banners, produced the film. Mani Sharma scored the music for the film. As per reports, the film will be about a middle-aged Naxalite-turned-social reformer who launches a fight against the Endowments Department over misappropriation and embezzlement of temple funds and donations. The film hits the big screen in the second quarter of 2021. 4.Radhe Shyam 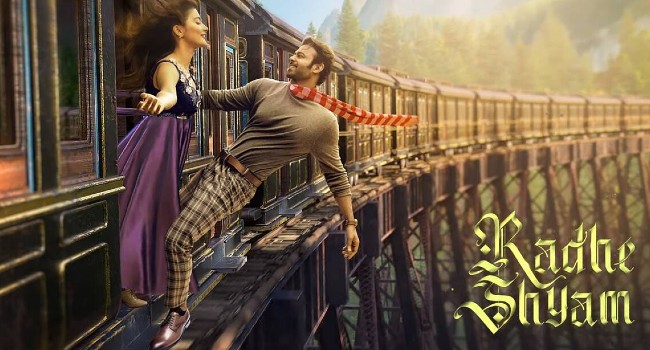 Radhe Shyam is an upcoming romantic drama film written and directed by Radha Krishna Kumar, starring Prabhas and Pooja Hegde in the lead roles. The movie is a Pan India project, shot simultaneously in Telugu, Tamil, Malayalam, and Hindi. The film is presented by Krishnam Raju under Gopi Krishna Movies in Telugu and with Bhushan Kumar under T-Series in Hindi. UV Creations bankrolled the movie on a massive budget. Reportedly, the film deals with the conflict between astrology science. The buzz is also that Pooja Hedge will be playing a dual role as a twin sister. 5.Pushpa

Pushpa is an upcoming action thriller film written and directed by Sukumar. The film stars Allu Arjun and Rashmika Mandanna while Jagapathi Babu, Prakash Raj, Sunil, Harish Uthaman, and Vennela Kishore play the supporting roles. In association with Muttamsetty Media, Mythri Movie Makers is bankrolling the film. Devi Sri Prasad is scoring the music for the movie. The movie releases in Telugu, along with the dubbed versions of Malayalam, Tamil, Hindi, and Kannada. The filmmakers considered the possibility of the release on 8th Jan 2021. 6. Sarkaru Vaari Paata 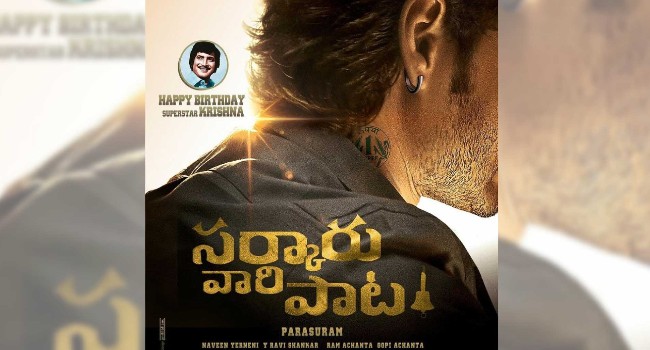 Sarkaru vaari Paata is a political thriller film starring Mahesh Babu and Keerthi Suresh in the lead roles. The movie is produced by Mythri Movie Makers and 14 Reels Entertainments under Mahesh Babu's production banner GMB Entertainments. Parasuram Geeta Govindham's fame is the director of the film, while S. Thaman scores the music. The story of the movie revolves against the backdrop of a bank scam. Mahesh Babu will essay the role of a bank officer and a pawnbroker in the film, who goes after the most-wanted fugitive businessmen. The buzz states, Bollywood actor Vidhya Balan is to play a crucial role in the movie. The movie hits the screen in the second half of the year. 7. Virata Parvam 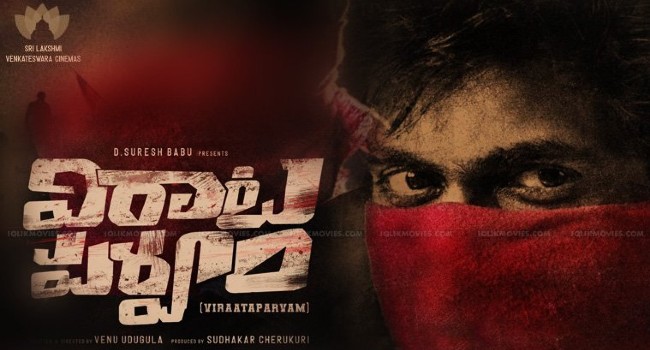 Virata Parvam is an upcoming historical drama film, written and directed by Venu Udugula. Venu has written the story from the events he witnessed during his childhood in Warangal. D. Suresh Babu and Sudhakar Cherukuri bankrolled the film. The film stars Sai Pallavi and Rana Daggubati in the lead roles while Priyamani, Nandita Das, Naveen Chandra, Zareena Wahab, Easwari Rao, and Sai Chand play supporting roles. The film has the music composed by Suresh Bobbili and cinematography by Dani Sanchez-Lopez. The plot revolves around the Naxalite movement that took place in the Telangana region in the 1990s. Rana enacts the role of Dr Ravi Shankar alias Comrade Ravanna. Priyamani plays the role of Comrade Bharathakka, a Naxalite. Also, actress Nivetha Pethuraj is signed to play a crucial role in the film. 8. Master 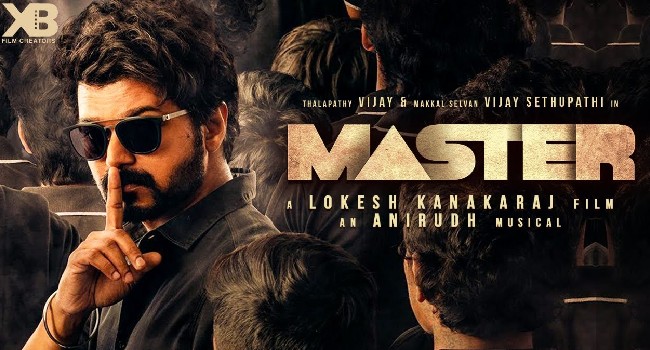 Master is an upcoming action-thriller film co-written and directed by Lokesh Kanagaraj while Xavier Britto bankrolled the project. The film narrates an alcoholic professor who ends up in a juvenile school, where he clashes with a gangster who uses those children for criminal activities. The film stars Vijay and Vijay Sethupathi, with Malavika Mohanan, Arjun Das, Andrea Jeremiah, and Shanthanu Bhagyaraj in the supporting roles. Anirudh Ravichander scored the music. The cinematography and editing are performed by Sathyan Sooryan and Philomin Raj, respectively. Principal photography began in October 2019 and wrapped up in February 2020. The filmmakers preferred to wait for a theatrical release. The film was confirmed for release on 13 January 2021 in theatres, during the week of Pongal, across India with 100% occupancy in Tamil Nadu theatres, which became a social media buzz. 9. Wild Dog

Wild Dog is an upcoming action thriller written and directed by debutant Ashishor Solomon. Starring Nagarjuna, Dia Mirza, Saiyami Kher, and Atul Kulkarni, the film is produced by Niranjan Reddy and Anvesh Reddy under the Matinee Entertainment banner. The film base upon real events. Nagarjuna's character in the movie is named Vijay Varma, who also goes by the title Wild Dog. Nagarjuna enacts the role of a National Investigation Agency officer. The female lead Saiyami plays the role of a raw agent. As per the latest report, Wild Dog might skip theatrical release and might opt for an OTT-release. The buzz is that Netflix India has bought the film rights for Rs 27 crore, but an official confirmation is yet to come from the filmmakers. 10. Tuck Jagadeesh 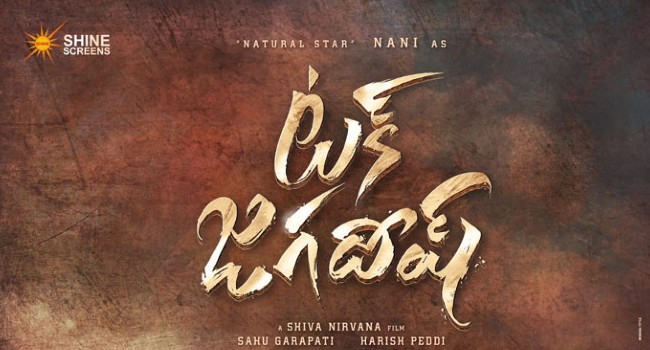 Tuck Jagadish is an upcoming comedy-drama film directed by Shiva Nirvana and Nani in the lead role. The duo will be collaborating for the second time after the 2017 Ninnu Kori. The film stars Nani, Aishwarya Rajesh, and Ritu Varma in prominent roles. Jagapathi Babu as the lead's brother. S. Thaman, is composing the music for the film. According to the latest buzz in the film industry, Tuck Jagadish is inspired by Mani Ratnam's classics, Agni Natchathiram/Gharshana, which is about the story of stepbrothers who come into conflict with each other in their claim for legitimacy as sons of a common father. The film Agni Natchathiram was a blockbuster and completed a 200-day run at the box office. April 2021 is when this movie hits the screens.