The most expected and ever grandest musical event of ‘Ilaiyaraaja 75’ hosted by Tamil Film Producers Council took place last evening at YMCA Stadium. The occasion had lots of eminent personalities from the Tamil film and music industry gracing with their presence. The event commenced with Honourable Governor of Tamil Nadu, Shri. Banwarilal Purohit lighting the Traditional lamp in the presence of filmmaker SP Muthuraman, TFPC President Vishal, General Secretaries Kathiresan and SS Durairaj, Treasurer SR Prabhu and many others.
Honourable Governor of Tamil Nadu, Shri Banwarilal Purohit said, “I am elated to be a part of such a great occasion like Ilaiyaraaja 75. His journey in the world of music remains magical. Despites many challenges, he managed to stand tall with his ambitious passion. It’s unbelievably surprising to see him having composed 7000 songs with 1000 movies and performed more than 20,000 concerts. The honours he has won across the world and India is literally amazing. Honoring is the way of nature and Tamil Film Producers Council has done a great job of felicitating an musical icon like Padma Vibhushan Ilayaraja. Such honours and events will definitely inspire many for more years to come.” 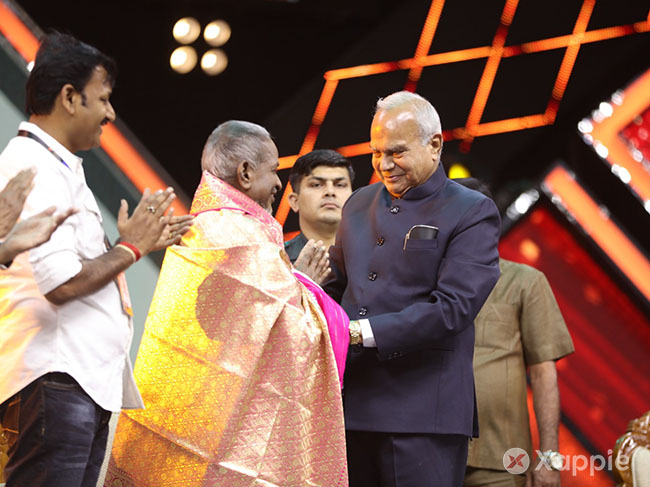 Actor-Producer Vishal, President of Tamil Film Producers Council said, “All countries will have Rajas (Kings), but when it comes to universal music, it’s only one Raja (King) and he is Ilayaraja sir. If not for him, the long drives would have not been possible for anyone. Many drivers might forget to fill their petrol tanks, but not without Ilayaraja sir songs. There are two ways, by which one can create histories. One by achieving something and others by offending and criticizing them and it has been nicely pre-written in our ancient Tamil movie ‘Thiruvilaiyaadal’. In all likelihood, we have experienced the same with Ilaiyaraaja 75. Ilayaraja sir needs a huge and very big honour as he isn’t just limited to Tamil Nadu, but he is the Gem of Indian industry. We dreamt of making this occasion as a visual treat and we are sure audiences will enjoy it. The musical feast of Ilayaraja sir with Budapest Orchestra is going to be an unforgettable experience for everyone. We are so much privileged to have Honourable Governor of Tamil Nadu, Shri. Banwarilal Purohit being a part of this occasion and we thank him for being such a huge inspiration to millions of youngsters.” 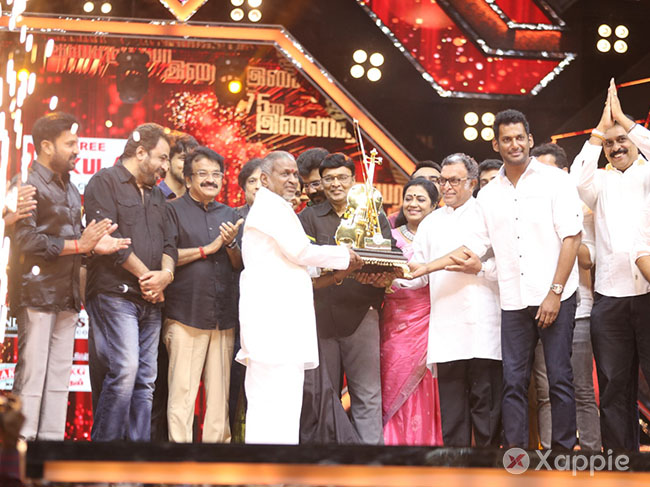 Later AR Rahman who came up as a special guest had wonderful words to say about his mentor Isaignani Ilayaraja. He said, “Working with Ilayaraja sir was like a school experience and it’s like taking walk into the room of a headmaster. His life itself has been an inspiration to me. There have been lots of myths about music directors that they often indulge in excessive bad habits, but he was the one to break those myths. More than all, a legend will not so easily appreciate others, but it was an unforgettable moment in life to have him express his congratulatory notes during the time of my Oscars.” 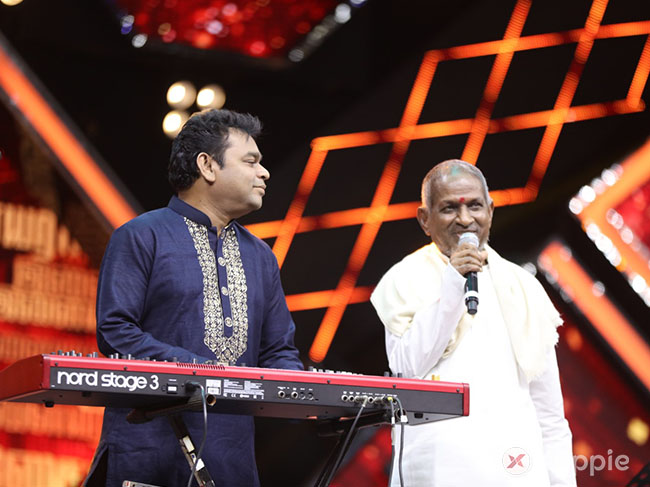 Later Isaignani Ilayaraja sir told pointing AR Rahman, “Do you know when you (AR Rahman) come to join me?” and AR Rahman replied, “Moondram Pirai”. After that he was asked if he remembers the first tune that he programmed for Ilayaraja and he instantly played it on his mobile keyboard instrumental app of ‘Punnagai Mannan’ Theme Music. Immediately, the keyboard was brought there and the entire crowd went gaga over the Academy Award winner playing it completely. Actress Kasthuri excitedly asked both of them, if Ilayaraja sir could sing and AR Rahman would play a bit for one minute. Isaignani Ilayaraja instantly sang, ‘Mandram Vandha Thendralukku’ from Mouna Raagam and in a while, he was fascinated by the way how AR Rahman played the piano. He funnily pointed out that AR Rahman played an unwanted note and Isaipuyal just gave a childish laughter as the crowds cheered. Isaignani Ilayaraja got emotional and joyful tears during this moment, which will be definitely an unforgettable moment to the entire Indian music industry for ages to come.

AR Rahman's Musical Piece and il...
"If A Star Is Brought In For Tha...
"250 Drones Were Flown At The Sa...
Dulquer Salmaan And Mrunal Thaku...
Top