On the birthday of Century Star Shivarajkumar (Shivanna), the first look poster of his next movie Bhajarangi 2. It is a sequel to the super hit blockbuster movie Bhajarangi, was released yesterday by Shivarajkumar. The Movie is directed by A Harsha.
Shiva Rajkumar is heading to London for surgery, the actor has already said he will not be in Bengaluru to meet his fans on his Birthday. According to the sources actress Bhavana who had acted with Shivarajkumar in Tagaru, will be teaming up with Shivarajkumar for the second time as a female lead. The cast is also going to feature many newcomers, reported by the makers. The Music is composed by Arjun Janya. Director Harsha already shares that Bhajarangi 2 Movie story will be different from that of Bhajarangi. 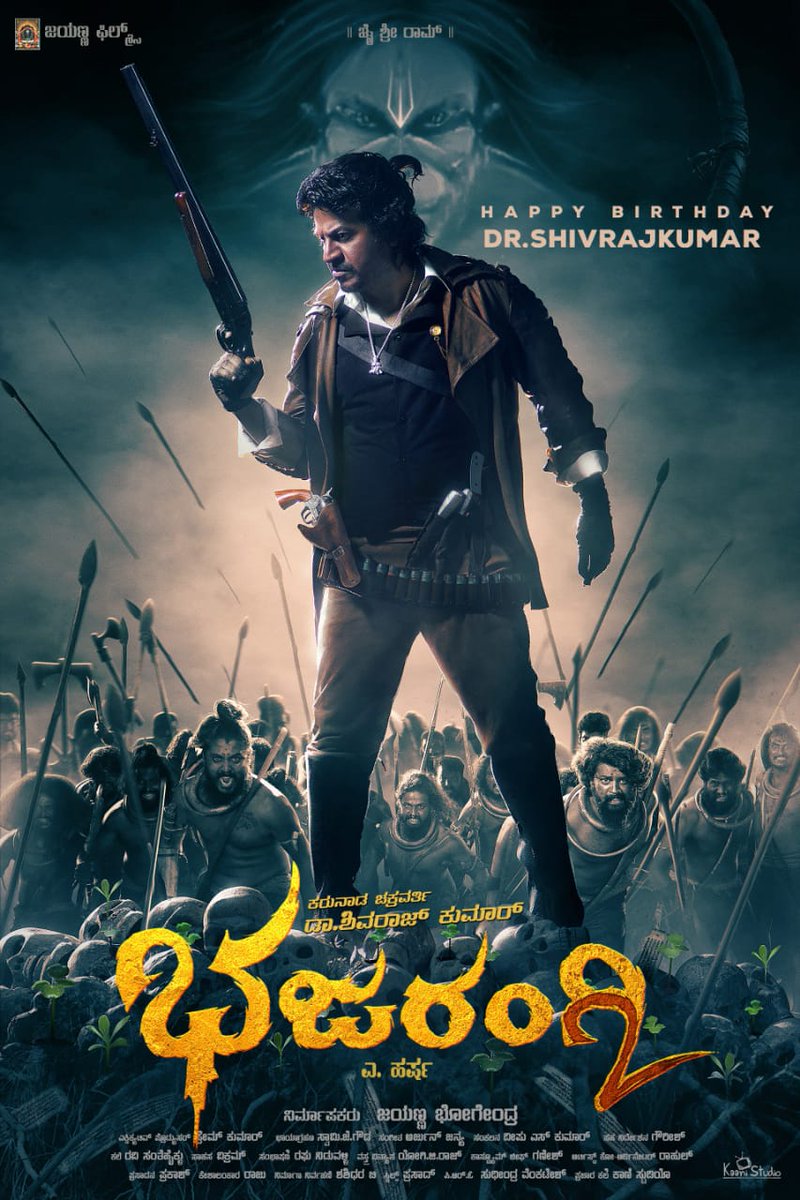