Kal Penn played the role of Gogol who is the son of Irrfan Khan in the film Namesake.
by Apoorv Shandilya | February 28, 2021 14:28 IST
Follow @XappieTollywood

It has been over a year since the death of late actor Irrfan Khan. The actor was well liked in the Hindi film industry and also had a fantastic reputation in the international film industry. Recently British actor Kal Penn wrote to Irrfan’s son Babil to express his condolences over the death of his father.

Kal Penn played the role of Gogol who was the son of Irrfan Khan in the film. Babil shared Penn’s message on Instagram which reads, “Babil, I'm so moved that you reached out and it means so much to me to hear that story. Thank you. The Namesake is the project I'm most proud of, the one that brought me the greatest artistic happiness - and getting to work with and know your father was such a big part of that. (I think I met you and your brother in Calcutta when we were filming). I've thought of you two and your mom a lot this past year and wasn't sure how to get in touch to share my love and gratitude. It really means so much to me that you reached you. Thank you! — Let me know if you're ever in New York post-pandemic. And please give my love to your mom." Babil wrote in his story, “What is happening? How to write a reply when you're speechless? @kalpenn." Irrfan passed away in the summer of 2020 after battling a difficult fight with cancer. 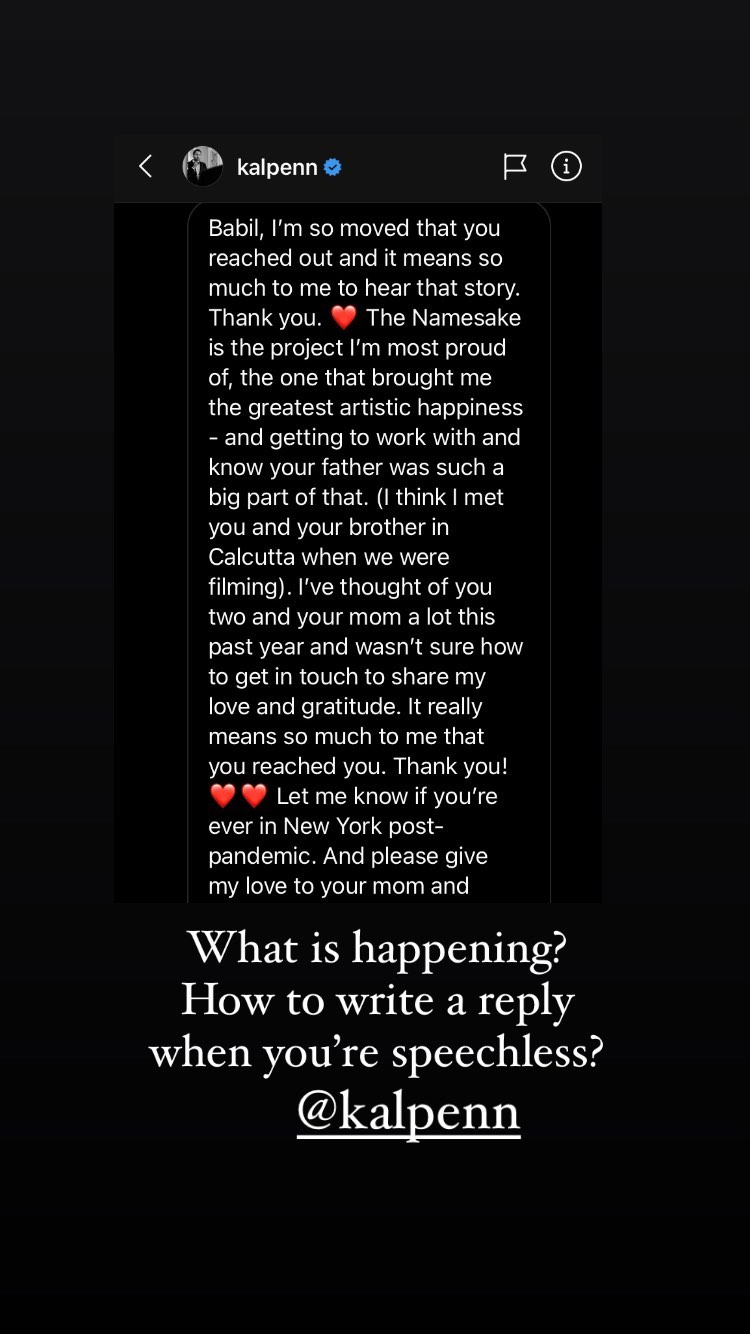 Late actor Irrfan Khan’s co-star...
“Shah Rukh Came, He Acted And R...
“I am a big-screen hero and that...
The Teaser Out For Ranbir Kapoor...
Top