Sushant Singh Birth Anniversary: Here is the list of his movies streaming on OTT platforms

Last year has been tough for everyone, one because of the pandemic, and the other because we lost the superstar of the Bollywood film industry, Sushant Singh Rajput.
Written By Saumya Bansal | Updated: January 21, 2021 15:29 IST
Follow @XappieTollywood

Sushant Singh Raput, aged 34, died by suicide in his residence in Mumbai. The incident shook the whole nation who came in solidarity to demand justice for him. His last film, Dil Bechara, became something to remember him by and the audience watched it in large numbers on the OTT platform. Likewise, as we celebrate the birth anniversary of the late Bollywood actor, here's a list of some of his other films that are streaming on OTT that you can watch with your family and friends. 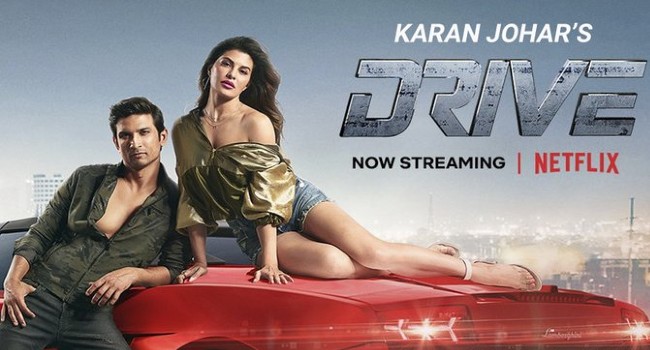 The film that was supposed to be released in theaters, had to land on Netflix due to some unforeseen circumstances. Starring Sushant and Jacqueline Fernandes in the lead roles, Drive is an action-drama film. One of its songs, Makhna, became the tune of the season and always hit the top charts in peppy Bollywood numbers. Directed by Tarun Mansukhani and produced under Dharma Productions, Drive is streaming on Netflix. Kai Po Che! (2013): 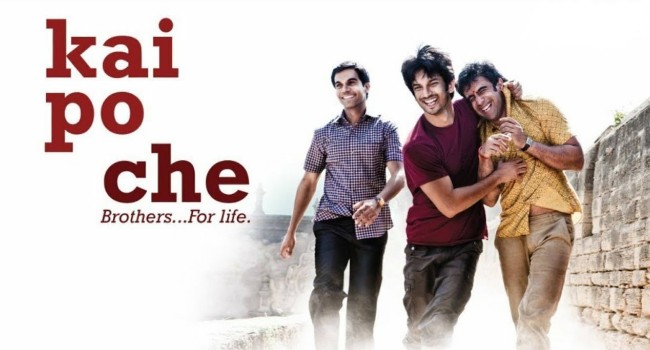 Kai Po Che was the debut movie of Sushant Singh Rajput. This sports drama film is based on one of the Chetan Bhagat's novels called 'Three Mistakes Of My Life'. Also starring Rajkummar Rao and Amit Sadh, Kai Po Che stole many hearts with the acting performances of the actors and its storyline. The film was directed by Abhishek Kapoor and produced by Sidharth Roy Kapur and Ronnie Screwvala. You can watch Kai Po Che on the Netflix streaming app. Raabta (2017): 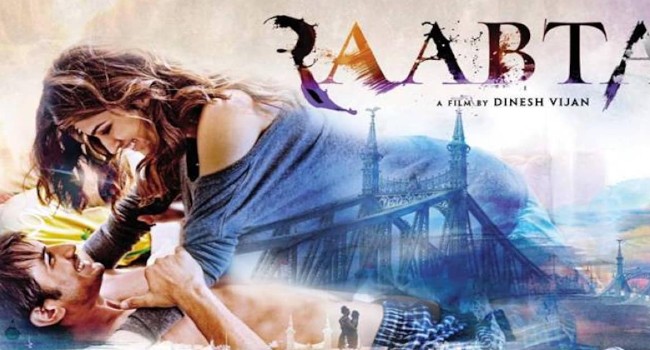 "Shiv and Saira fall in love with each other and soon become inseparable. Their relationship is put to the test when Saira's reincarnated lover from her past life returns." Sounds interesting right? Raabta is the story of incarnation and life beyond death which defines most of the backdrop of Kriti Sanon and Sushant Singh's film. It was the first time when Sushant and Kriti did a movie together and became close friends during the shooting of the film. The songs are evergreen and something you can listen to on loop. The title track called Raabta and others like Main Tera Boyfriend, Ek Vaari Aa, have mesmerized many hearts with the music and picturization. Raabta was directed by Dinesh Vijan and is streaming on Amazon Prime Video. Kedarnath (2018): 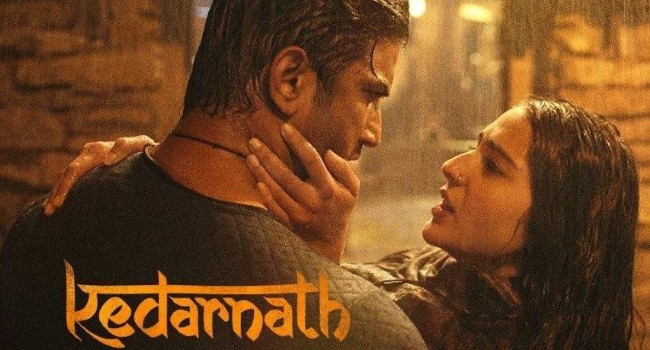 This romance drama film is streaming on the Zee5 streaming app. Sushant Singh played Mansoor, a reserved Muslim porter who falls in love with Mukku (Sara Ali Khan), the beautiful and rebellious daughter of a Hindu priest. But their love is put to the test amid misunderstandings and nature's wrath. Directed by Abhishek Kapoor and produced by Abhishek too, Kedarnath won many hearts with its fresh tale and soothing music. Songs like Qaafirana, Jaan Nissar, and Namo Namo are always trending on top Bollywood tracks. MS Dhoni: The Untold Story (2016):

MS Dhoni: The Untold Story was a very important film for Sushant Singh as it turned out to have become a turning point in his life. With his spectacular performance as MS Dhoni in the film, Sushant impressed many filmmakers and fellow artists. The audience simply loved him as the former Indian Captain of India. The film also starred Kiara Advani and Disha Patani in the lead roles. Just like other SSR films, MS Dhoni's songs broke all records. Besabriyaan and Jab Tak have become the songs to remember the actor by. You can stream the film on Disney+ Hotstar. Chhichhore (2019):

"A tragic incident forces Anirudh played by Sushant Singh Rajput, a middle-aged man, to take a trip down memory lane and reminisce about his college days along with his friends, who were labeled as losers." Along with Sushant, Chhichhore also stars Shraddha Kapoor, Varun Sharma, and others. Chhichhore swept all the records that year and inspired many people. The film has been directed by Nitesh Tiwari and produced by Sajid Nadiadwala. You can watch the film on Disney+ Hotstar. Sonchiriya (2019):

Sonchiriya is a Hindi Drama film starring Sushant Singh, Bhumi Pednekar, and Manoj Bajpayee in the lead roles. Set in the Chambal valley, the film follows the story of a legion of dreaded, warring dacoits who once terrorized the Indian heartlands. The film has been directed by Abhishek Chaubey and produced by Ronnie Screwvala. Even though Sonchiriya couldn't impress the audience at large, its release on the OTT platform fetched it several views. You can watch the film on the Zee5 streaming app. Detective Byomkesh Bakshy (2015): 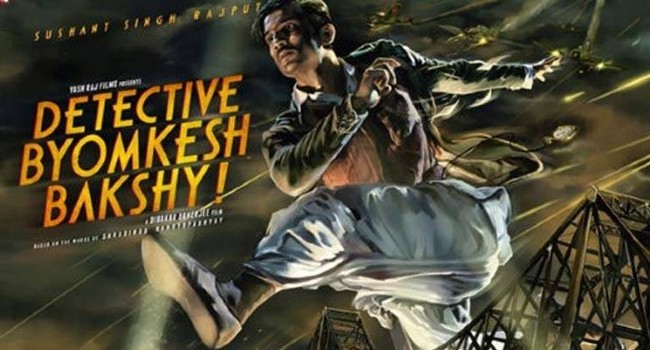 Byomkesh, played by Sushant Singh Rajput, fresh out of college, agrees to investigate the disappearance of Bhuvan, a chemist. Assisted by Bhuvan's son Ajit, Byomkesh links the case to a larger conspiracy that will unsettle Calcutta. The film also stars Divya Menon and Swastika Mukherjee. The film has been directed by Dibakar Banerjee and is streaming on Amazon Prime Video and Sony Liv app. PK (2014):

PK is a super hit 2014 Bollywood film in which Sushant Singh played a prominent role of Sarfaraz Khan, a boy from Pakistan, who fell in love with an Indian girl played by Anushka Sharma. Even though the lead actor was played by Aamir Khan, Sushant's innocent and charming acting was something to take notes on. PK was directed by Rajkummar Hirani and produced by him and Vidhu Vinod Chopra. You can watch PK on Netflix streaming app. Shudh Desi Romance (2013): 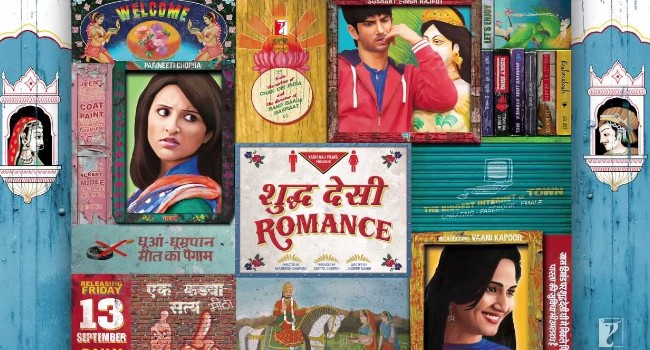 A commitment-phobic Raghu (Sushant Singh) absconds from his wedding and meets Gayatri (Parineeti Chopra), who soon becomes his live-in girlfriend. Later, Raghu bumps into Tara (Vani Kapoor), the girl he left at the altar who slowly falls for him. Shudh Desi Romance was directed by Maneesh Sharma and produced by Aditya Chopra. You can stream Shudh Desi Romance on Amazon Prime Video.

Sushant Singh Birth Anniversary:...
What Is New On OTT? From Haseen ...
OTT Watchlist: Top 5 Series’ And...
Weekend Binge: From Ray To Good ...
Top