Thalapathy Vijay's Master is taking the box office by storm. The film released on January 13 and went on to garner more than Rs 300 crore at the box office worldwide. Vijay played the role of John Durairaj aka JD in the film. In a recent Instagram post, Karthick Naren expressed his opinion on the character. He said, "A prequel featuring the bond between an innocent John Durairaj & his master VC Selvam, which ultimately ends up in the soul-crushing death of one and the mass transformation of the other would be dope, no? The circle of life!!!"

In his post, Karthick said, "It's easy to pass off JD as an alcoholic when he is just a broken soul who can't make peace with his traumatic past & memories (the mystery is the icing on the cake). It takes him something extremely heartbreaking (the trigger point which was missing in his life for a while) to bring him back to the reality which he was consciously avoiding. Because most of us end up living in our own world eventually. Definitely one of the best characters out there. Lokesh na, more JD's please." 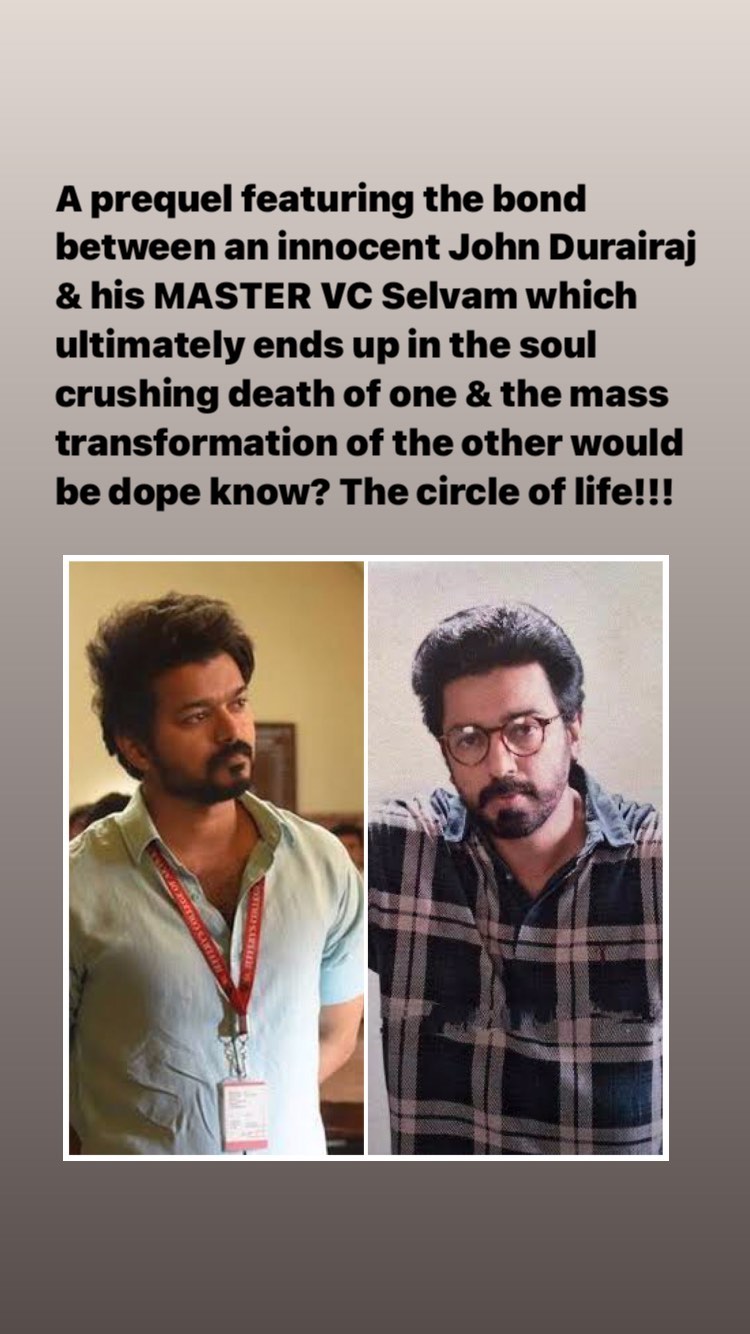 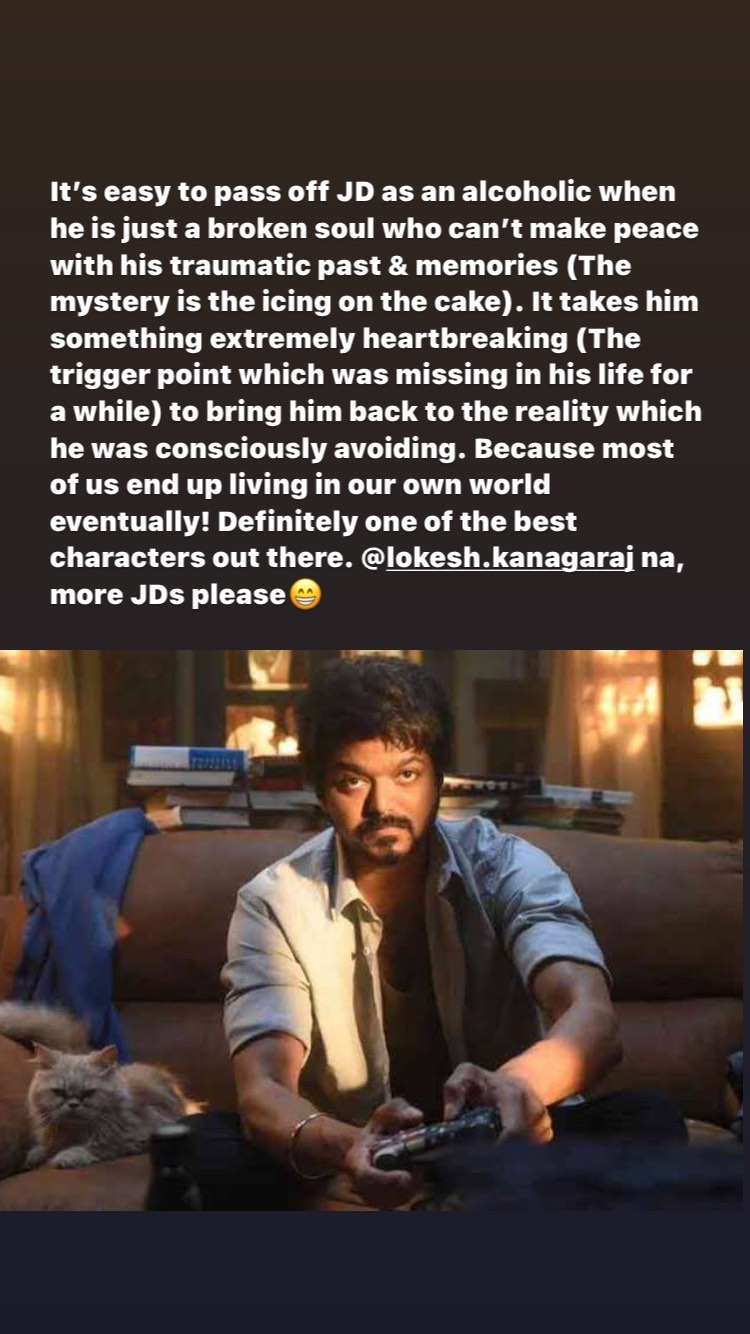