Vijay Deverakonda was approached for a film and the star declines it politely, says the production house
Written By Aravind Peesapati | Updated: September 17, 2020 21:43 IST
Follow @XappieTollywood

Happening hero Vijay Deverakonda has currently only one film in hand and it’s with dashing director Puri Jagannadh. Apart from this Vijay did not sign any film. However, a production house of the Tamil industry claimed that they have signed a VD and then approached Tamil heroines.

This report turned into a sensation while Vijay Deverakonda had no clue. The team of Vijay Deverakonda reached out to the production house and then the Tamil production house by name Dusky Entertainments issued a clarification on this whole episode. Creative producer of Dusky Entertainments, Bala Senthil Kumar said, they have approached VD for a film but he declined it politely. But due to a communication gap, reports surfaced online that he is doing a film with our production house which is totally untrue. “We did reach out to Mr. Deverakonda formally, in our casting efforts, through our casting agency, and we were communicated his disinterest in our project. There ended any possibility of any association with him or his team. Any communication to the contrary is false, not authorized by us, and in violation of our policies,” said Senthil Kumar. Further, the production house has lodged a complaint against the persons who had spread this false news without verification. “We remain in deep dismay and great regret over this matter, and ascertain to whomsoever it may concern that we are not engaged in any project with Mr. Vijay Deverakonda,” said the creative producer. But it was the team of Vijay Deverakonda that had reacted swiftly as soon as the news broke out. Anurag Parvathaneni of team VD alerted the media first by issuing a press statement and cleared the air that Vijay has not signed any film. Then the team contacted the Tamil production house and warned for taking action against them. With VD’s team efforts, the issue got settled down in just days. 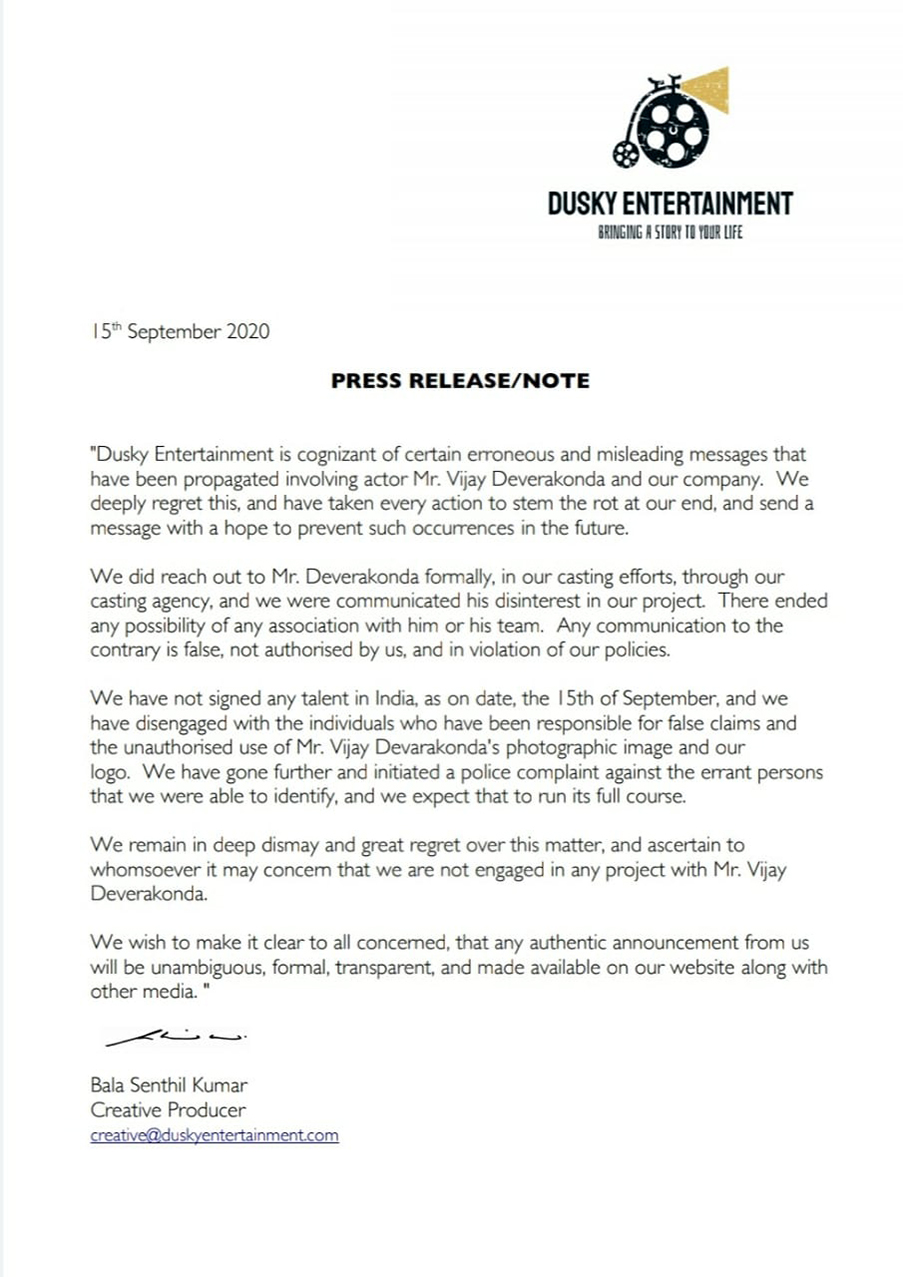