M. Nassar is an Indian film actor, director and producer, who mainly works in the South Indian film industry. He is the incumbent president of the Nadigar Sangam. Nassar made his acting debut in K. Balachander's Kalyana Agathigal (1985) portraying a secondary supporting role, before moving on to play villainous roles in S. P. Muthuraman's Velaikaran (1987) and Vanna Kanavugal. He played the protagonist in Yuhi Sethu's Kavithai Paada Neramillai, though his breakthrough role came through his performance as a police officer in Mani Ratnam's Nayakan. He subsequently became a regular in Mani Ratnam and Kamal Haasan's ventures, appearing in pivotal character roles in Roja, Thevar Magan (1992), Bombay (1994) and Kuruthipunal (1995). Nassar made his directorial debut with Avatharam (1995), a film based on the backdrop of a folk art troupe. The film won critical acclaim, but failed to become a commercially successful venture. 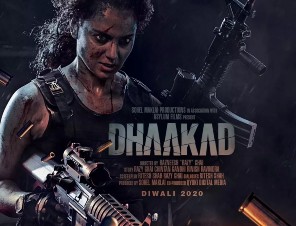