Unfortunately, Puri once again disappointed the audience with the iSmart Shankar's story and narrative style. There isn’t any pretension of logical filmmaking or interesting screenplay. It seems iSmart Shankar categorically wants the non-Puri fans to mind their own business.
He takes an interesting concept and then runs out of steam pretty soon. iSmart Shankar is no different on that count. Twists and turns that leave your brain with a crick and a cramp because just about anyone can see them coming anyhow. Then we start thinking why have them at all? The movie opens impressively and draws us into the narrative as we get accustomed to the antics of Usthad iSmart Shankar. When we get to the actual story around the pre-interval block, and it ends with a decent interval bang. The expectations are raised, on the second half as to what is in store next. How will the Puri handle the ‘dual sim’ sequences – the prospects seem interesting. Unfortunately, Puri Jagannadh pours water on those expectations by taking the narrative on a predictable beaten to death path. To come to the little details, there is a surveillance chip instrument installed in Hero’s brain which serves more as a device of romance between the hero and the heroine. At least it could then have been given a less scientific logic and more amorous nomenclature. Obviously, Gloss and glamour are expected to mask an appalling film, but it’s really difficult to sit through those sequences. Puri picturizes two romantic songs as though they were standalone music videos. Then the most awaited climax there is shirtless hero, undercover and CBI agents with outrageously simple plans and a twist that does more harm than help. By the end of it, iSmart turns so bad that you can’t help but laugh nervously. On a whole with no brain splattering story or concept, Puri managed to give us 3 good songs with 4 routine fights and a non-emotional love track without depth in any of the characters, barely any interesting twist. iSmart Shankar is lost between being toxic and funny it ends up being mediocre.

iSmart Shankar (played by Ram Pothineni) is a local rowdy who is involved in petty crimes. He gets a killing contract which is expected to change his life upside down. Meanwhile, Ram also finds love in Nabha Natesh and Nidhhi.
Parallelly, Arun (played by Sathyadev) is conducting a CBI investigation. The two irrelevant plots merge at a point and it forms the story of iSmart Shankar.

Ram Pothineni is the cynosure of eyes in iSmart Shankar. He has undergone a complete transformation for this film and his hard work is visible in each and every frame.
Nabha Natesh and Nidhhi Agerwal play the heroines. While the former's role is a bit substantial, Nidhhi is seen as a scientist. The scope for performance is less for them. Sathyadev is turning out to be one of the bankable supporting artists. His performance in his small role is just perfect for the film. Sayaji Shinde, Deepak Mishra, and Punit Issar have done their best in the supporting roles.

Puri Jagannadh, who has been struggling for quite some time, has bounced back up to some extent. His characterization for Ram Pothineni has worked for the best. One can watch the film just for Ram's wacky characterization.
The filmmaker's writing and to conceptualize a zany story like this should be commendable. His trademark mass elements are in abundance in the movie and have managed to entertain the audience. Songs and background score by Mani Sharma will make the audience go berserk in theatres. Most of the songs are mass numbers and the heroines have added a lot of glamour to the mass and romantic numbers. Ram Pothineni's performance as iSmart Shankar and the dual-sim characteristics are entertaining to watch. It is safe to say that this film would go down as one of the best performances of Ram.

The main disadvantage of iSmart Shankar is that the film's screenplay is not new. The film treads a cliched path and one could easily guess what is going to happen next.
The editing of iSmart Shankar is shoddy and there are abrupt cuts which will put the viewers off. The second half of the film lacks serious twists which would have kept the audience glued to their seats without feeling tired or lost. 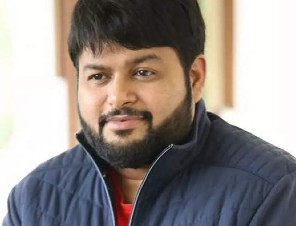