Bellamkonda Sai Sreenivas’s films have always portrayed him as an upright person who is always right. Kavacham, directed by Sreenivas Mamilla is no different.
In this action thriller, Bellamkonda Sai Sreenivas plays Vijay, an upright cop who cracks a lot of kidnapping cases to nab the culprit. One day, he gets framed and he has only 24 hours to prove his innocence. The turning point in his seemingly calm life comes when his mother meets with an accident.
Will Vijay be able to prove his innocence? Will he lead a happy life with Samyuktha (Kajal Aggarwal)? What is Mehreen’s flashback that takes the story forward? These are the questions that will be answered in the second half of Kavacham.

Bellamkonda Sai Sreenivas is used to do roles where it requires him to show off his chiselled body and deliver punch dialogues. In Kavacham, he has plenty of scope to that and he pulls it off convincingly.
Kajal Aggarwal as Samyukta gets a good role where she is made to direct the story. She has done a commendable job and looks drop-dead gorgeous in the songs. You just wonder how she never ages in life.
Mehreen Pirzada is not a girl with a sad flashback. She plays a meaty role in Kavacham and has done a decent job at it. She has a long way to go and by choosing roles with some substance, she will easily achieve it.

As a one-line, Kavacham story is extremely exciting to look forward. There is a huge scope to incorporate several thrilling moments. Sreenivas Mamilla had to be appreciated for thinking of such a story.
The first half of Kavacham could go off track here and there but the second half of Kavcham makes up for it. The cat and mouse game between Bellamkonda Sai Sreenivas and Neil Nitin Mukesh is fast-paced and intriguing.
Though we could guess a few surprises early, Sreenivas Mamilla has managed to keep few important moments under wraps and makes us guess them till it happens on screen.
The stunt sequences in Kavacham are astonishing to look at. They are exaggerated yet Bellamkonda Sreenivas has brought in a sense of realism while executing these stunt sequences. One could be in awe of these over-the-top stunt sequences.

Kavacham is too loud for its own good and you get a sense of Déjà vu while watching the film. It is like watching Suriya mouthing punch dialogues in high decibels in the Singam series.
Even though Kajal Aggarwal is gorgeous to look at, her character is quite underwhelming. She doesn’t make much impact in her role.
Neil Nitin Mukesh appears as a corporate honcho, but it is a clichéd role for him. He is literally shown as a villain whose every step is outplayed by the hero.

Kavacham could have been an intriguing cop-thriller if director Sreenivas Mamilla had concentrated more on the writing part. 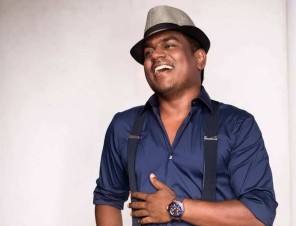 Yuvan Shankar Raja Thanks Fans For Overwhelming Response For Maanaadu 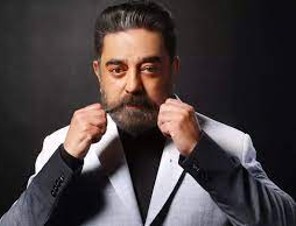