The wait is finally over. Pawan Kalyan is re-appearing on the big screens after well over three years as his latest celluloid, Vakeel Saab is out in theatres now. Let us what the Venu Sriram directori
Sathvik SV

Satya Dev (Pawan Kalyan) gives up his law career following a fateful incident in his life. But he is persuaded to put on the advocate coat again after he meets three women, Ananya, Anjali, and Nivetha Thomas who are being tormented by a group of influential men. The rest of the story unveils Satya Dev’s relentless journey to ensure due justice is served to the three women who are in great need of the same.

Pawan Kalyan is a class act. He shoulders the film with his ease, charm, and characteristic mannerisms. His portrayal of a disturbed yet determined lawyer is one of the major highlights of the film. This will go down as one of his finest performances in his career till date. The film is motored by stunning performances from the lead and support cast. Ananya Nagalla, Anjali, and Nivetha Thomas suit their roles and they emote very well.

Prakash Raj as the wicked defending lawyer comes up with a great performance. Shruti Hassan plays a very brief role and she delivers what is expected of her. The rest of the cast ably support the lead actors. The director succeeds in extracting the very best from his entire cast.

Vakeel Saab shares all the prominent traits of the original, Pink and the director Venu Sriram gives it a commercial touch which is understandable given the fact that Pawan Kalyan is playing the male lead. The film doesn’t deviate from the core point for most parts and that is appreciable.

The story revolves around the three women who are tormented by a gang of goons and it comes with a relevant and hard-hitting social message. Pawan Kalyan plays their saviour and as one would expect, related scenes are presented in a typical manner. But they cater to the masses and pack desired impact as well. The film starts off on the right note with the main conflict established without much adieu. Pawan’s entry scene adds some zest and the tempo is reasonably good for most parts. The second half holds the key and it is very much evident that the director paid more attention to the same. The confrontational and also the cross examination scenes in penultimate portion of the film are executed well. The flashback episode could have been better. Barring that, the film stays true to its theme for most parts. Thaman deserves special mention for his exquisite work. His background score is as good as it can get. He elevates many scenes with his brilliant background music. His songs are quite as well and they are picturized well. PS Vinod’s cinematography is of his usual best quality. The director Venu Sriram finds the right balance between the novel story and commercial elements which are a must for a Pawan Kalyan starrer. He presents the core plot without too many subplots. The pre-interval episodes are a tad lethargic but the film gains momentum in the latter half and it never really goes down after that. The climax portion is gripping and creates desired impact. The ending is conventional.

Vakeel Saab is social drama which has a relevant message and it delivers on this front. There are a few hiccups in the opening exchanges but the film gains momentum as things progress and that works in its favour. It will make for a good watch this summer. 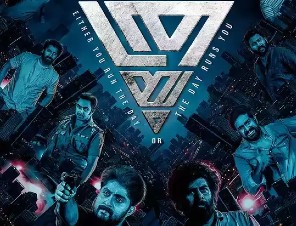